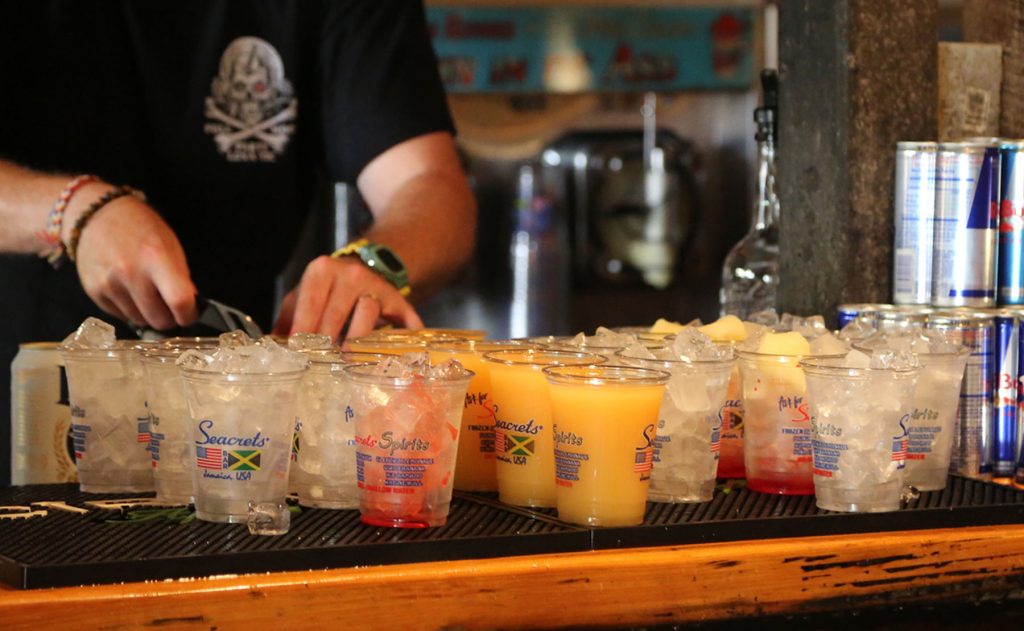 The most beloved hours of the day didn’t always include half-priced apps or frozen cocktails. What a time to be alive!

During the beginning of the early 19th century, happy hour was created for Navy crews to enjoy a few entertaining hours to pass the time while out at sea, consisting of boxing matches, picture slide shows, sing-alongs and vaudeville acts. It wasn’t until the 1920’s during Prohibition that alcohol became involved with speakeasies offering their patrons a “pre-dinner cocktail” due to the fact no restaurant served alcohol.

With the end of Prohibition, those who flocked to speakeasies now found themselves looking for more ways to socialize and happy hour became more of a lifestyle then a Seacret past time. To avoid the hustle and bustle of the tedious commute home, many would go straight to the bar and enjoy a well-deserved, discounted cocktail. As a way to unwind and relax, alcohol consumption during the 50s and 60s rose increasingly, resulting in restaurants competing with one another for the best deals.

Cut to 2018 – Seacrets has exactly what you are looking for. Now open Thursday to Sunday, there are food and beverage specials going on every day along with live music! See below and click links for more info. Let’s get happy 🙂

Entertainment: Opposite Directions in Main Bar and Wild & Scenic Film Fest in De Club (tickets at the door)

Entertainment: Full Circle kicking off the night at 5PM. DJ Bobby-O In Tiki at 9PM and Gypsy Wisdom at 10PM in the Club. Distillery Tours 11-5PM

Football kick off starts at 12PM in De Club followed by the 8PM Game in Main Bar! Don’t miss a play on de big screen and check out our special football menu.